Above Image: Sap bucket gathers dripping sap from a tree.   Below Image: Boiling the syrup
(we have some Darn Tough lovers in the sugaring business) 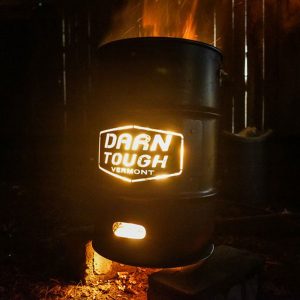 Above Image: Sap bucket gathering dripping sap from a tree.   Right Image: Boiling the syrup
(we have some Darn Tough lovers in the sugaring business)

How our good friends in Vermont feel about Maple Syrup. Their feelings may be as strong or stronger than those of us in Northern Michigan and throughout the Mid West. Not only do they make the best socks with the best guarantee, but their syrup may be Darn Good as well.

It is currently MAPLE SEASON in Vermont and since most of you don’t live in Vermont, we wanted to give you a little rundown of what that actually means.

Sugaring season in Vermont usually begins in late February and ends anywhere between early April to early May. This, of course, changes every year depending on what kind of Winter we are having.  You start seeing buckets on the trees collecting the dripping sap which occurs once temps are above freezing during the day but still below freezing at night. Another sure sign it’s sugaring season is the billowing steam evaporating out of the local sugar shacks (just drive some back roads and you are sure to find one!).

One of the best traditions of Maple Season in Vermont is Sugar on Snow. It is exactly what it sounds like – heated up maple syrup drizzled over snow. If you have never experienced this treasure, you have no idea what you are missing!

Vermont is actually the largest producer of Maple Syrup in the US and, yes, of course we think it is the best! Vermont even has a law against labeling anything as “maple” if it doesn’t contain real maple syrup. We take it very seriously!

Check out the Darn Tough Vermont socks and their Lifetime Warranty. 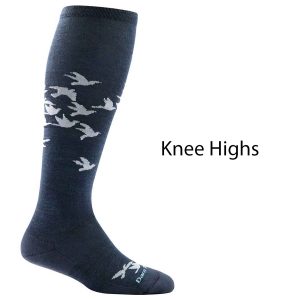 A coupon code will  be emailed to you.